H.W. is a member of the Class of 2020 at Dartmouth from Portland, OR. She is affiliated with Greek Life at Dartmouth.

Current members of sororities may dress according to different themes for the three rounds of the rush process. Some examples given by the informant are Outer Space theme and Rock and Roll theme.

This item made clear the importance of how the Greek organization presents itself to potential new members during the rush process.

R.B. is a member of the Class of 2020 at Dartmouth and is affiliated with Greek Life. He is from California and studying Engineering.

This item is similar to a different item collected- Sorority Pref Night clothing. Formal attire may be required for both processes, potentially indicating the significance and formality of certain events.

I recognized a similarity between this item and a different item collected- Fraternity Shake Out Clothing. It seems that formal attire is a common feature of both.

Ian Andrews is currently a graduate student at MIT. He grew up in Juneau, Alaska and hiked the Chilkoot Trail after finishing his undergraduate studies. Ian hikes recreationally, from trails in his hometown, to spending a week hiking in the Olympic Mountains in Washington State.

Historical Context: First used by the Tlingit people of Alaska as a trade route, the Chilkoot became an important trail for miners and prospectors coming to Alaska during the Klondike gold rush at the end of the 1800s. The trail was mostly abandoned after the end of the gold rush in 1898, until the trail was restored for recreational hikers in the 1960s. (Source) A certificate given to hikers on the Chilkoot trail who reach the Lake Lindemann Museum.

At the top of the certificate, there is a depiction of four birds. This is done in the Form Line art style, traditional to the Native Tlingit people of the area. This design is credited to Ross Atlin at the bottom of the certificate.

On the certificate, there is a message of congratulations to the receiving hiker:

Congratulations for hiking the Chilkoot Trail

The certificate contains the same message in French, as the Chilkoot trail stretches between Alaska and Canada.

There is also a photograph of gold rushers hiking to the Chilkoot Pass summit, taken between 1897 and 1898. Next to this photograph are the Tagish and Tlingit names for the summit, Kwatese and A Shaki, respectively.

At the bottom of the certificate, there is an endorsement from both Parks Canada, and the United States National Parks Service.

Professor Terstorf was born in Germany and studied physics in Germany and got a phd in physics. However, when he came to Dartmouth in the 90’s he became a researcher for Thayer. But now he is an engineering professor

Zodiac (There is not really an English equivalent for this word.)

In order to prevent the ‘Nian’ from bringing evil to a family, the family will hang an inverted ‘fu’ on the door. This symbolizes the ‘Nian’ has already been there, so the ‘Nian’ will not come. 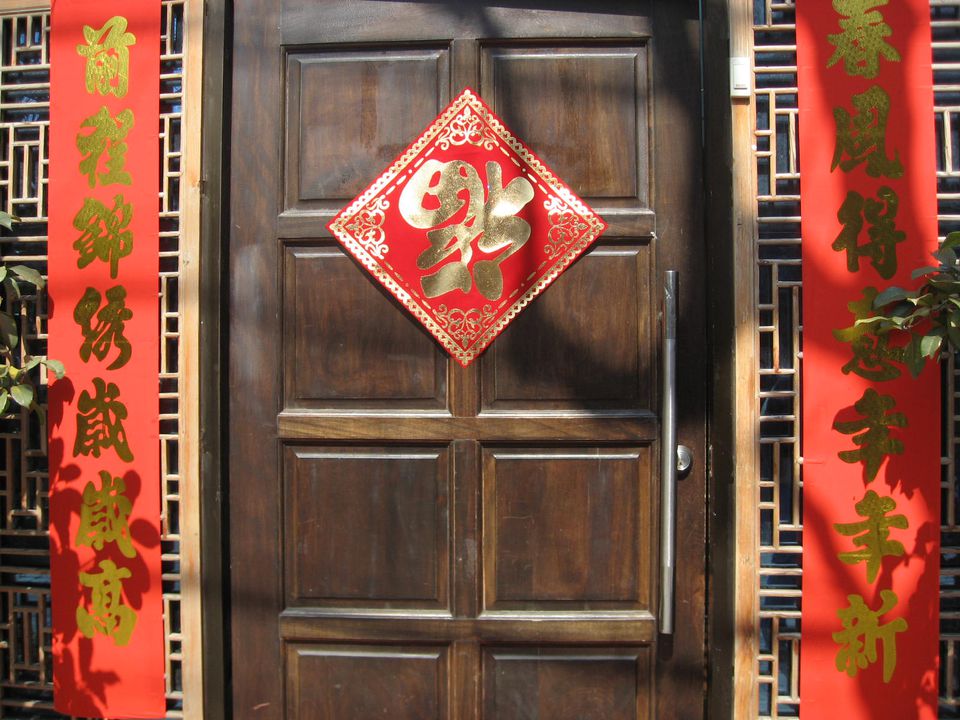 A: Okay, so, why don’t you introduce yourself, where from, your year…

A: So, yeah, I guess were curious to hear if you have any folklore about evil spirits, evil eyes, that kinda stuff that comes from Chinese culture.

R: Oh for sure. For our Lunar New Year, we have this tradition. We have a monster called ‘Nian,’ which comes here and eats the children and make the village all empty and destroy the harvest for next year and all that stuff. So, to prevent that, we hang this thing called ‘fu,’ which is the Chinese character for, you know, like happiness, prosperity, and all that. And we reverse hang it so we like hang the character but in reverse, like upside down, so it looks like, like nian but in reverse. So when ‘Nian’ arrived, so when we hang it, it means the monster has already arrived so when the Lunar New Year came the monster would not show up. That’s the whole spirit, the whole idea.

A: So is this still something you do today? Is it something that’s very traditional?

R: Yeah, I think it’s the most wide, most ubiquitous thing in China. You see people hang this red picture with the black character with that fu in an upside down manner. It’s still a tradition people still do nowadays.

A: So, what happens, for example, lets say you don’t hang the character upside down?

R: It has a very bad connotation that you have bad luck in the next year.

A: Okay. Awesome. Thank you very much.

“So when ‘Nian’ arrived, so when we hang it, it means the monster has already arrived so when the Lunar New Year came the monster would not show up.”

The inversion of ‘fu’ reverses the concept of blessings and happiness, signifying that the family has already incurred the evil spirit of the ‘Nian.’ The material folklore has symbolic significance for the community, where the celebration can occur only if the evil spirit is proteted against.