Adolescence and the African Grove Theatre

The African Company, based at the African Grove Theater, became a critical support group and band of comrades through which Aldridge practiced and honed his craft. The African Grove, as it was referred to, was attended “all types of black New Yorkers — free and slave, middle-class and working-class”¹ and was the first resident African American theater in the United States. Originally hosted by William Alexander Brown as a backyard poetry and skit get-together, James Hewlett, a regular customer and entertainer, suggested that the two men hire additional black actors and make a theater troop.

It was in this ‘relatively’ secure environment that Ira Aldridge began his vocation as an actor, first performing the part of Rolla in the play Pizarro, in 1822 as well as Romeo in Romeo and Juliet. These were not attempts at humor, these were serious efforts to make the classics appeal to black audiences. Joining the African Company just a few years before the abolition of slaver in New York, however, the group did not have to seek out prejudice. Black and White communities were segregated at this time, and Free Blacks were excluded from public schools, prohibited from traveling interstate, barred from voting, and harassed.These divisions included newspapers, churches, and civic groups. Thus, Ira Aldridges’ upbringing was booned with involvement in African American institutions like the African Free School and the African Grove. Although segregated, this did not stop white persons from attending the plays, either out of general interest or curiosity:

“The African Grove Theatre and Company had to be mobile when they started doing plays because the police were constantly raiding their performances and pressuring them to stop performing, due to the rowdiness of the white members of the audience. William Over states that the whites had initially found it curious and amusing that a company of black actors was attempting to do Shakespeare, but that they later became very hostile. The African Theatre attempted to remedy the situation by creating a partitioned area for whites at the back of the theatre, but the hostile whites continued to create disturbances which eventually closed the theater.”²

The theater’s management justified the audience segregation with, “whites do not know how to conduct themselves at entertainments for ladies and gentlemen of color.”³ Forced to move often due to police hostility, the company was potentially a precursor to black militancy.

The Company even attempted to compete for audiences with white theaters. When the Park Theatre put on Richard III starring the English tragedian Junius Brutus Booth, father of John Wilkes Booth, the African Company rented a hall next door for its own production of the same play the same night. Stephen Price, owner of the Park, orchestrated a disturbance over the rival productions so that the police would shut down the African Grove. 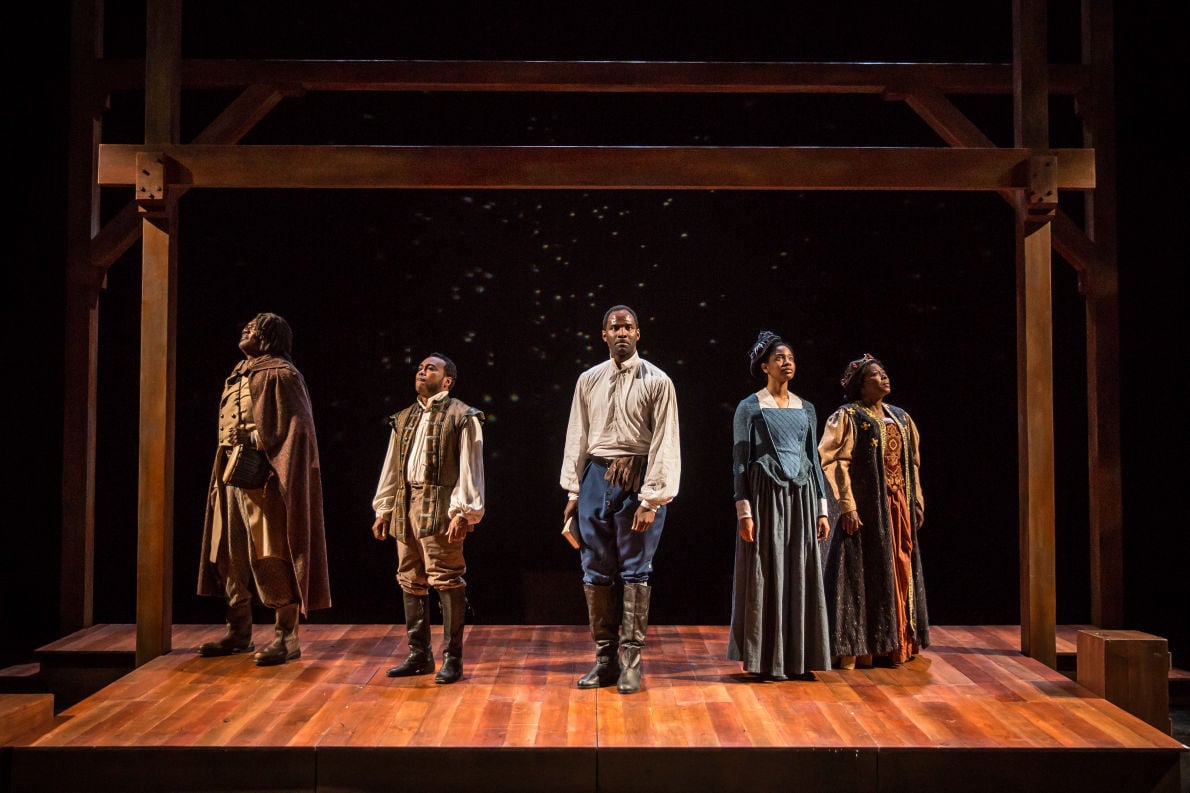 Still from “The African Company presents Richard III” by Carlyle Brown, at American Players Theatre’s Touchstone Theater. 2016 – This play is based around the events described above.

In these performances, Aldridge experienced the persistent persecution and discrimination that black actors faced in the United States, this, along with his upbringing idolizing the British Shakespearean players at the Park Theater, led him to emigrate to Liverpool, England with another actor, James Wallack.